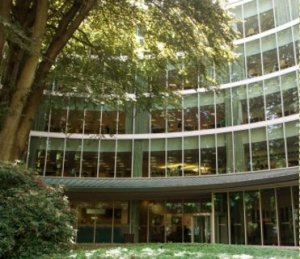 Students who need a quiet study environment might be frustrated with our PSU library hours: open until 11 pm Sundays through Thursdays and until 7 pm Fridays through Saturdays. Although the library is open the majority of the day and has extended hours during finals week, some students feel the library should be open 24 hours. Elizabeth Ontiveros, a senior at PSU, thinks that extending the hours to 24/5 would be a good idea that would benefit “students who are working, have families, and need a place to work on group projects.”

Oregon State University recently changed their library hours to 24/5. According to an OSU reference librarian, students have found the change in hours helpful. “Our student association pushed for us being open 24/5 and helped secure funding from the Provost for the library to be able to do this. Students have really appreciated it and there is regular traffic during the late night/early morning hours. However, I don’t think it should be mandatory. Each campus has to learn what its student population wants and deal with the additional funds it takes to keep buildings open 24 hours: library staff, security staff, janitorial staff, utility costs…these things are not free.”

There are many factors as to why our campus library hasn’t extended it hours. Michael Bowman, Interim Assistant University Librarian for Public Services Library, mentioned that the cost of having the library open 24/5 would be about $100,000 a year. Therefore, we need a budget larger than that to provide those services. He also mentioned that they do consider extending the hours periodically. They are currently working on a summer group to estimate how much money is needed and whether they would approach an external body for funding or drop something else in order to shift means for the next fiscal year. Besides the budget “the difference between OSU and PSU extending their hours is that the percentage of students living on campus at OSU is much larger than those at PSU” Bowman says.

Having the library open 24/5 would not be an easy task, but it has been beneficial to OSU students. Kristin Chase, a sophomore at OSU, has found the new library hours very useful. “I believe that having a 24-hour library is not only helpful but critical for many students’ success at a university. Every student has different study styles and needs. Since most major universities have this, OSU is right in having one as well.”

I think that if our library’s hours were extended like other universities, it would become more accessible for students to study and work on projects late into the night. Do you think our library should extend its hours?