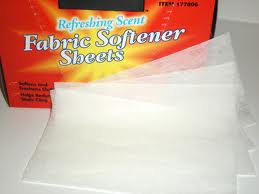 Our sense of smell is easily forgotten in everyday life, but it sometimes has significant power to elicit a certain memory.

After living in the U.S. for three years, I had totally forgotten what the first noticeable smell in America was for me. Was it the aroma of food from a street vendor? Was it the stench of trash from the abandoned house down the block? I felt that I lost an important my first impression of America.

However, when I went back to Japan to see my family last winter, my mother said something that reminded me of the missing memory. I had just arrived from the airport, and I opened my suitcase in front of my mother. She said, “your suitcase smells like America!” with a surprised voice. I asked her what kind of scent it was, but she couldn’t pin point it. Then we started searching for which item made the “American smell” for her. Finally, we found that it was my clothing that smelled unfamiliar to her. And it immediately took me back to my first day in the U.S.

I stayed at my friend’s house, and the sheets and pillowcases in her bedroom smelled like Bounce. In Japan, dryers are not common household appliances, and of course, I had never seen dryer sheets before. My conversation with my mother brought me back, and I realized that the smell of Bounce was the first scent that was “American” for me.