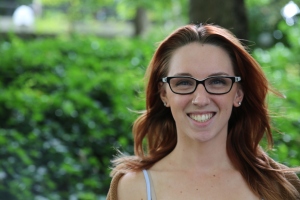 In one of those eye-opening 101 classes here at PSU, I learned that the most successful dating sites ask about principles instead of interests – e.g. gay rights vs. likes to read. As someone who is dating a man on the other side of the political spectrum – partywise – I immediately had to ask him, “Why do you vote that way?” His response: “I’m not falling for that one.” To him, politics isn’t that important, which is fine.

In contrast, I was told to bite my tongue in any political conversation that may occur when my family visits from out of town. Well naturally I ruffled my feathers, and found it bizarre I would even be asked such a favor.

At a campus, in a city, in a country even that tends to be politically charged, can we just ignore politics – especially when family and partners are involved?

The easy answer is yes. My boyfriend is smart and just lets me rant about politics if I need to and nods along. Obviously if something is truly important to you, then you should discuss it on a stance-by-stance basis. But I think we can – and should – all agree that party lines are never drawn clearly.

And when it comes to disagreeing with family, it may be best to just never talk about politics. The older we get the harder it is to shift our positions. And honestly, you cannot change another’s position – as much as I’ve tried – just as much as they cannot change yours.

The age-old dictum to never talk about money, religion, or politics still rings true. But now with social media it is easier to display your political opinions in an open way, while allowing friends, family, and followers to choose whether they wish to engage or politely ignore it.

One thought on “To bite my tongue”