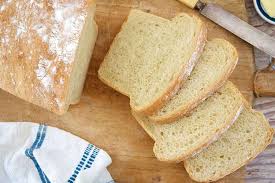 A lot of us have a lot more time on our hands recently, and I’ve been getting back to my baking wishlist. I’ve always loved baking and have watched The Great British Baking Show on Netflix more times than I can count, but took a bit of an unenthusiastic break while I was in a series of apartments (with the exception of a frantic stint of weekly sourdough) so small the fridge couldn’t fully open without hitting the oven. Thankfully, my partner and I moved to a bigger living space with an actual kitchen, and I had no excuses anymore, right? Apparently not. I’d forgotten that baking can take a lot of time, and I didn’t exactly want to be in the kitchen for an extra couple hours after coming home from a six-hour day at PSU and having to make dinner and do homework. It became an occasional, wistful thing.

However, the opportunities have come up a lot more and I worked with my partner to make a list of all the things I wanted to make. Nothing too crazy, like the recipe for the galaxy mirror glaze cake I saw once (I would feel a little guilty for presenting my stuck-at-home roommates with a huge cake) but small, enjoyable things, like scones and tarts and light pies. It’s been a small part of my week that I can savor in the following days, and adds a sense of formal normalcy to meals. There’s a slice of apple tart to have afterwards, just like there was before all of this happened. I remembered how much I love baking, especially when I get to be creative with pie crust decorations or figuring out how to make something there’s no recipe for. I once developed a recipe for savory, cheese-and-herb creme puffs, and I remember it fondly. It’s a nice distraction, too. I also realized that I’ve never had a key lime pie, so that’s on the list. Hopefully my household forgives me for continually churning out desserts.